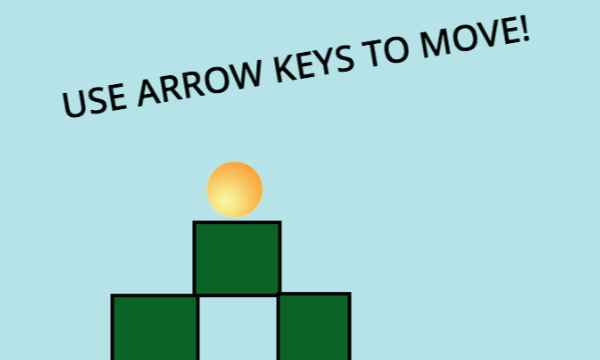 Ball’s Quest is a fun platformer type game, where you can complete challenging levels, obstacles, and more! In the game, you play as a Ball that rolls and jumps around using the arrow keys, the game was designed as a simple and fun way for people that lack physical or mental needs.

Our world is filled with unfortunate people with disabilities that cannot play most online games, Ball’s Quest was made to impact those that are unfortunate. The whole game is fast-paced and its difficulty is moderate compared to hard to beat platformers that don’t fully support disabilities. The game can be played by people with physical, deaf, and low eyesight abilities, don’t be afraid to ask family members for any help! The game is very bright and stands out from your typical platformer, it’s made to lure in people of all ages, and with constant updates and new features being added.

We have included images of some of the levels of our game that we drew in different software graphic design programs and on Scratch Editor. We also included a link for the game and a slide presentation detailing our Game Design Process and what was learned.