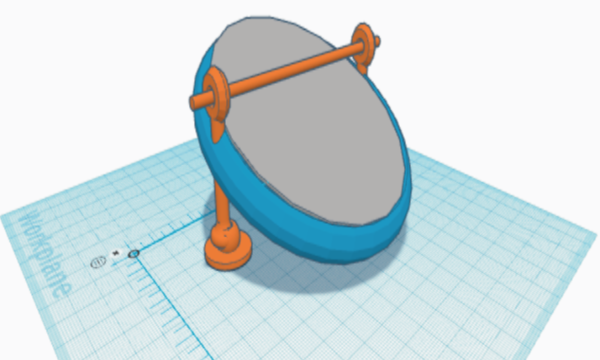 The project designed within this presentation is called the Sun Cooker. Considering issues of climate change and deforestation, I was looking to find a small way of trying to fight such issues by means of America’s staple pastime: the barbecue. Thus, the Sun cooker rather than using coal, oil, or wood for fuel. The Sun Cooker uses only the light rays from the Sun.

My Design process began by reading a book called “The Joy of X” written by Steven Strogatz. In a particular section of the book, Steven Strogatz described what a parabola is and an application that caught my attention. Thus, I took this idea from the book and began to sketch how the sun’s ray would affect the paraboloid. From there, although the Sun Cooker is in early development. The further iteration drawn of my whiteboard describe how I would include a solar panel torus around the Sun Cooker’s circumference in order to power a battery to supply additional energy at night time, when the sun is down, if something may want to be cooked.

The Sun Cooker operates by receiving sunlight and reflecting it towards a region called a focus. Where the light is concentrated into a strong heat that can range between 250-350 Fahrenheit.