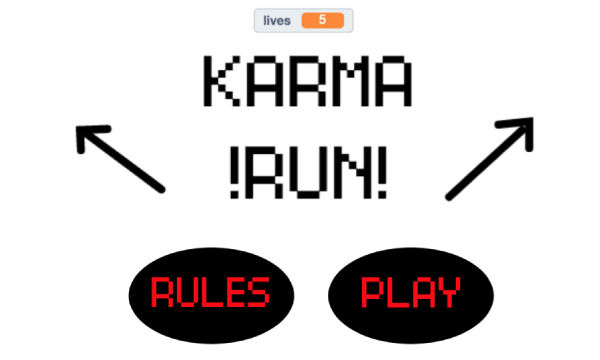 Many people think that having an animal is considering it a pet. However, it's more than that. It's having a friend to be/have with when feeling down. To comfort you and let your worries fade away. In the game there's am owner named Avery and she lost her dog, Karma, after he ran away from home. They both start to feel lonelywithout each other so now Karma really wants to go home. The objective of the game is to get Karma home to his owner, Avery. In the beginning there's an introduction where I described the backstory. It shows how both the dog and owner miss each other. They created a bond so strong that they can't be without each other. I added music/sounds to make the game more interesting and I also created this game so there would be two outcomes. You could either win or lose. My inspiration is from what my mom once experienced nut istead it was about her dog protecting her from other people. Although I did change up the story in the game, both ways showed how close their bond is. I wanted to deliver the message of how strong the bond between a human and dog can be.

The slides file I attached brings you to a set of slides I created. It gives an overall description of the game and the message I'm trying to convey. I've also attached a video in one of the slides which is a Ted Talk. In the beggining of the video, it describes of us and our pets have benefitted from each other. The link of my project takes you to Scratch which is the platform I uploaded my game onto.